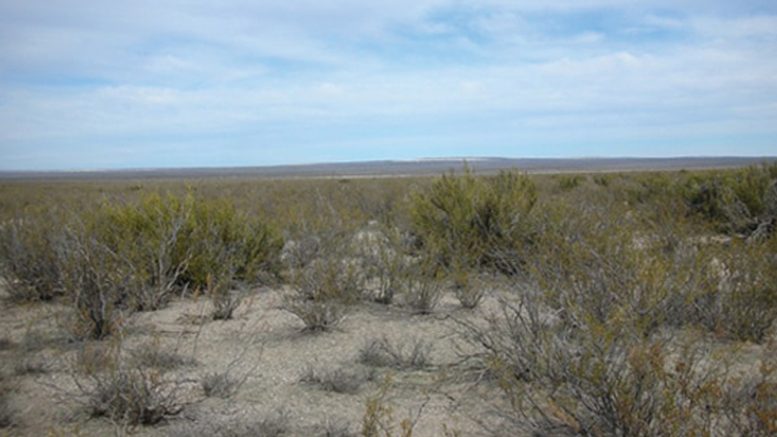 Analytical results have been received to date from all 61 holes drilled (totaling 1,043 metres) in the recently completed RC drilling program. They demonstrate that the Ivana Uranium-Vanadium deposit extends more than 1,000 metres to the south of the current mineral resource. Highlight analytical results are compiled in Table 1 below.

«We are pleased that drilling in the Ivana uranium-vanadium deposit area has demonstrated it is open to expansion outside of the current mineral resource” stated Nikolaos Cacos, Blue Sky President & CEO. “Blue Sky continues to advance high-priority targets in the Ivana area while progressing the processing design and metallurgical test work to support a PEA.”

The Company continues to advance with its ongoing mineralogical, metallurgical, and process engineering studies at the Saskatchewan Research Council (SRC) under the guidance of the Company’s Technical Advisor, Chuck Edwards P.Eng. The objectives of the work at SRC include confirming the balance of uranium and vanadium in the ore preparation, and optimizing the leach extraction rate and recovery, in support of a Preliminary Economic Assessment (PEA). The work will include QEMSCAN® quantitative mineralogy testing and customized leach experiments. Preliminary QEMSCAN® mineralogy was conducted in June and has aided in the design of the current metallurgical and process testing.

About the Amarillo Grande Project

The Company’s 100% owned Amarillo Grande Uranium-Vanadium Project in Rio Negro Province, is a new uranium district controlled by Blue Sky. The Project includes several major target areas over a regional trend, with uranium and vanadium mineralization in loosely consolidated sandstones and conglomerates, at or near surface. The area is flat-lying, semi-arid and accessible year-round, with nearby rail, power and port access. The Company’s strategy includes delineating resources at multiple areas for which a central processing facility could consolidate production. The Ivana deposit is the cornerstone of the Project and the first area to have a NI 43-101 Inferred Resource estimate, which includes 23.9 million tonnes averaging 0.036% U308 and 0.019% V2O5, containing 19.1 million pounds of U3O8 and 10.2 million pounds of V2O5, at a 100 ppm uranium cut-off.