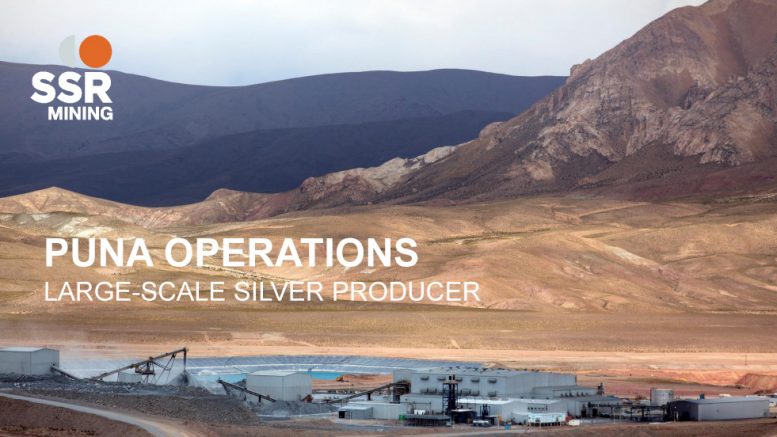 During the third quarter of 2018, Puna Operations –a joint venture between SSR Mining (75%) and Golden Arrow Resources (25%) produced 0.7 million ounces of silver and 3.2 million pounds of zinc, reflecting a shift to processing of stockpiles with higher zinc content. Silver sales were 0.6 million ounces for the quarter, marginally lower than production. We re-commenced zinc concentrate sales during the third quarter, selling 0.4 million pounds with a ramp-up in zinc sales anticipated through the fourth quarter.

Pre-stripping activities at the Chinchillas site continued to advance during the quarter. Approximately 2.1 million tonnes of waste and 0.3 million tonnes of ore were mined, with ore grades reconciling well to the geological model. Approximately 73,000 tonnes of ore from the Chinchillas pit were delivered to the Pirquitas site, of which approximately 39,000 tonnes were processed in two separate test runs as part of the project execution. The tests successfully validated metallurgical performance of the ore and produced saleable lead-silver and zinc concentrates. Data related to pre-commercial processing of ore from the Chinchillas site is included in the table above. 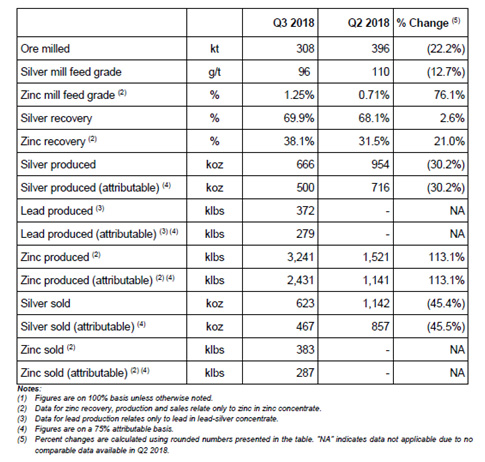