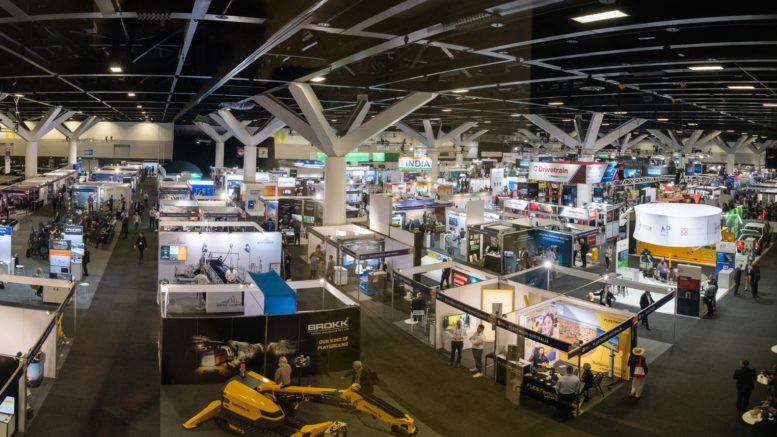 Sydney has been confirmed as the host of the International Mining and Resources Conference (IMARC) 2023, following the success of this year’s event at the International Convention Centre. IMARC is one of the biggest business events in Australia and one of the most significant mining  and resources events globally, bringing together more than 7500 delegates from 110 countries to collaborate on trends in mining, investment, and innovation towards a sustainable future.

IMARC 2023 will be held from 31 October – 2 November at the Sydney International Convention  Centre and is expected to be the biggest IMARC yet, with record delegates, speakers, exhibitors  and sponsors and an even bigger footprint than 2022.

IMARC Managing Director Anita Richards said the mining industry continued to face greater  scrutiny, investor demands and environmental challenges than ever, while the world’s appetite  for resources continued to grow.

“Mining has never been more essential. A decarbonised global economy depends on it, and as a  truly global event, IMARC is all about bringing together industry, government, and community  leaders from all over the world to lead the conversations the world needs for a clean energy  future. We are proud to be able to continue to facilitate the important conversation about the  future of mining right in the heart of Australia’s global city.”

Deputy Premier and Minister responsible for Resources Paul Toole said this year NSW  secured IMARC – the biggest event on the mining calendar – for the first time. “I’m pleased  to say thanks to the record attendance it is confirmed the NSW Government will continue as  Host Partner when IMARC returns to the Harbour City in 2023.”

Celebrating the win, BESydney CEO Lyn Lewis-Smith said, “This is great result for Sydney,  and is a testament to what can be achieved when industry and government come together  in a truly collaborative partnership around a shared goal to build industries of the future.”

IMARC is where global mining leaders collaborate on trends in mining, investment and  innovation towards a sustainable future. As Australia’s largest mining event, it brings together  over 7,500 decision makers, mining leaders, policy makers, investors, commodity buyers,  technical experts, innovators, and educators from more than 110 countries for three days of  learning, deal-making and unparalleled networking. IMARC is developed in collaboration with its  founding partners the Victorian State Government of Australia, Austmine, the Australasian  Institute of Mining and Metallurgy (AusIMM) and Mines and Money.