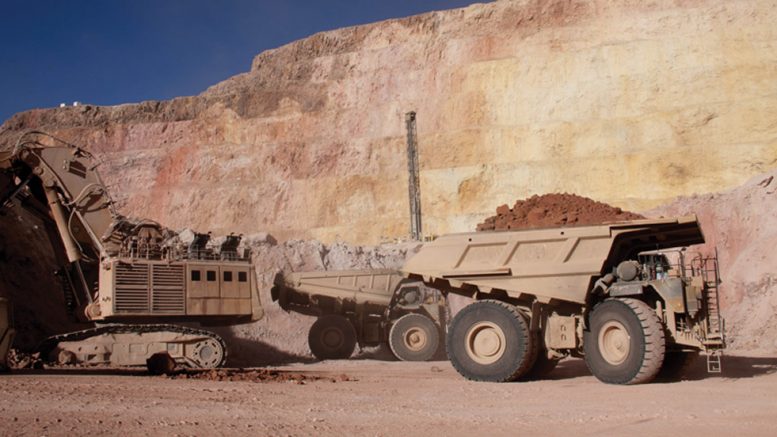 The mining industry is one of the development axes of the Argentine Republic . State policies implemented through a number of economic and political actions have helped to pave the way for venture capital to promote mining activities. The significance of this industrial sector in Argentina lies on the fact that this is one of the most “federal” undertakings in the nation, with its subsequent positive impact on regional economies where the arrival of mining has become the sole industry that is sustainable over time. And not to mention its positive impact on trade account balances. Some of the measures taken by the administration include the unification of exchange rates and the removal of restrictions to the import of goods and equipment for the mining industry.

More specifically, the administration has turned procedures much simpler to undertake from any spot in the country, and regulatory streamlining caused resolutions for the industry to shrink from 47 to a mere 5 of them. Some of the changes include the shortening of terms for certain procedures:
According to the Mining Policy Secretariat, the following data gives an idea on projects and their progress rate as of September 2018:

Evolution of exploration activities from 2015 to 2018

According to reports of the Mining Development Undersecretariat, the 2015-2018 period saw significant growth in exploration budgets in Argentina, which virtually doubled the values end to end.

If the analysis is approached from drilling rates, a remarkable 310% increase from 244 to 1.000 drill holes was recorded during the 2015-2018 term under analysis. The following chart shows the detail of drill holes broken down by commodity type:

The chart leads to the conclusion that the Main Targets of drilling activities and their results were:

• Gold: 2,200% increase from 2015, which will extend the life of mines and increase resources in advanced stage projects.
• Uranium: increase of 1,000%
• Copper: 30% increase which helps to build up and re-categorize resources in advanced projects.
• Lithium: This was one of the main targets in the 2017-2018 campaigns. Argentina became the 2nd destination in the search for this element which is key to clean energies, and took over the 1st slot in identified resources in the world.
• Silver: although the number of drill holes decreased, this is deemed to be the result of exploration work completion in mines that entered production stage.

Argentina and the lithium revolution

Right at this precise moment, lithium is one of the brightest stars in world mining, and particularly in Argentine mining. Northwestern provinces –Catamarca, Jujuy and Salta- are part of the so-called “Golden Lithium Triangle” contributing, together with areas of Bolivia and Chile, 80% of world reserves of this mineral. The start of production at Salar del Hombre Muerto (Livent Corporation) was followed by the Olaroz operation, managed by Orocobre. Both of these operations are at present under expansion, which has to be added to the construction at Cauchari-Olaroz, under charge of Lithium Americas.

Potential lithium resources in twelve salt mine projects – Olaroz, Fénix, Cauchari, Sal de Vida, Rincón, Centenario Ratones, Pozuelos/Pastos Grandes, Río Grande, Antofalla, Sal de los Ángeles (Diablillos), Mariana/Llullaillaco, and Tres Quebradas — have allowed identifying resources in the order of 81 MT of lithium carbonate, which could meet the demand for the next 150 years. Argentina has been the most dynamic producer for the past few years growing from 11% to 16% share in the lithium derivatives market. In addition to salt mine’s potential, the territory exhibits several pegmatite districts: 19 of them with lithium enrichment, most of which are located in the San Luis province; Cordoba province holds a lower rate and Catamarca and Salta provinces have their resources under study.

The promise of copper and precious metals

In addition to lithium, copper is one of the strongest pillars in Argentina’s mining future. In this area, our country is one of the jurisdictions with the largest untapped red metal potential. As per public information data, all seven main copper projects in Argentina host 55.9 MT of fine copper (within the categories of measured and indicated resources and proven and probable reserves). A significant volume of other metal byproducts add to the value of those copper deposits, including 38 Moz gold, 776 Moz silver, and 1.3 MT molybdenum.

Precious metals are steadily losing weight in the Argentine mining scenario and for this reason, expectations are turning to undertakings such as Lama in San Juan province, where Shandong Gold –a partner of Barrick Gold in Veladero- is carrying out engineering studies designed to establish the economic viability of the deposit. And, as regards silver, great expectations have been placed on the Navidad project (Pan American Silver), located in Chubut province, a jurisdiction which at the moment does not allow mining activities within its boundaries, but has recently opened up to conversations, an instance that brings hopes on a possible change of heart. Apart from those giants, other regions in Argentina show high potential for precious metal project development.

Our country still holds enormous potential for deposit discoveries which might allow continuing with high mineral production. Over 70% of the national territory is yet to become subject to appropriate exploration endeavors, especially if new deposits are to be considered. These gifts from nature, together with public policies promoting the development of the industry, make Argentina one of the most attractive mining investment jurisdictions in the world.

Be the first to comment on "Argentina, a mining destination inviting investors"