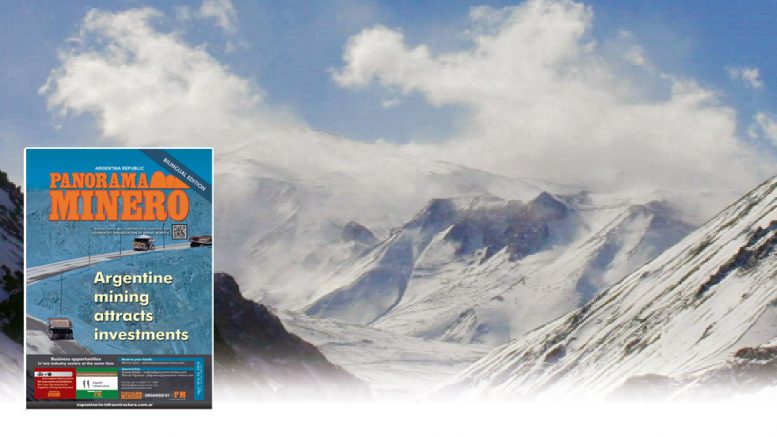 The mining industry has already started off well to a promising 2018. Over the first two months, there has been a strong increase in mining commodities as a result of higher demand, the financial reorganization of companies, and higher cash flows for exploration. In a few words, it’s a highly optimistic scenario for the upcoming annual convention organized by PDAC (Prospectors and Developers Association of Canada) during the first days of March in Toronto.

PDAC, as the best scenario for mining investment decision-making, will be a premier venue for Argentina to showcase its wide array of opportunities. The National Mining Secretariat, the SEGEMAR, and governors from mining provinces will discuss the numerous opportunities offered by Argentina’s subsoil.

Besides the unquestionable importance of a mining jurisdiction’s geological wealth when allocating investment, capitals also pay attention to necessary and key issues such as state policies, institutional robustness and tax stability.

In this regard, the recent publication of Canada-based Fraser Institute’s 2017 Annual Survey shows a strong repositioning of Argentina. In accordance to such publication, Argentina has improved its Policy Perception Index by over 23 points, making our country the world’s fifth most attractive location when promotion policies are considered on a stand-alone basis.

In relation to the previous paragraph, the province of San Juan was outranked only by Chile and Peru in the Latin American region. There’s also strong positioning of other provinces such as Salta, Santa Cruz, Catamarca and Jujuy, clearly showing that mining activity development and promotion policies are starting to have an effect on investor sentiment.

Beyond the prohibition of mining in some provinces, it should be noted that there’s a significant effort to move towards a mining Argentina. National Energy and Mining Ministry authorities organized an informal talk in the province of Chubut, aimed at jumpstarting the discussion about this industry which is a driver for community development and transformation.

Argentina is on the radar of mining investors again. Public policies from both national and provincial governments foster and promote the arrival of new capital. In those jurisdictions where mining cannot be developed yet, a path is being drawn for this noble industry to develop, always on the premise of respect for the environment and the communities involved.