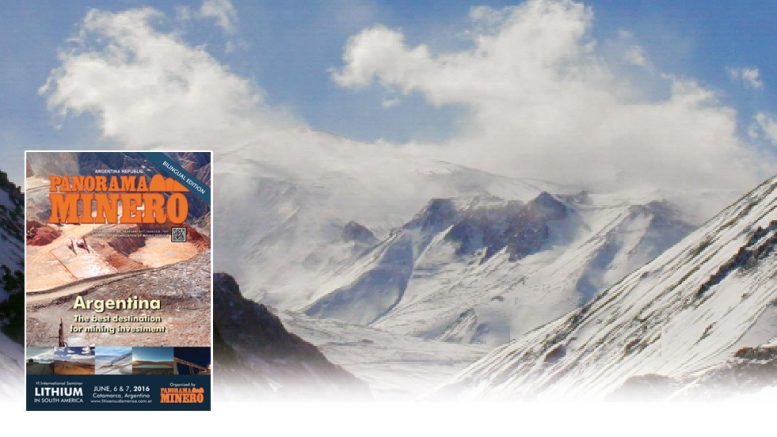 The National Administration, represented by its Mining Secretary, together with the provinces, gathered in the Federal Mining Council (COFEMIN), have approved an instrument called Federal Mining Agreement. This document shall be turned into law after being signed by the President of the Nation and all the governors involved.

The Federal Mining Agreement has a transcendental importance, arriving at a time in which it is necessary to show consistent criteria to investors interested in developing Argentina’s mining resources. Over more than a decade, some provinces passed statutes restricting mining activities thus generating legal uncertainty. The direct effect of this situation was a negative impact on our country’s credibility as investment destination.

In the lead up to the PDAC (Prospectors and Developers Association of Canada) Annual Convention, the world’s most prestigious gathering of the mining industry and where the main decision makers can be met, we have to show clearly that legal security is one of the main characteristics of our country. Geological wealth has to be understood as a relevant tool to attract investments, but it will not be enough if legal security is not assured. This is not a minor detail, with high-risk venture capital investments at stake and the fact that Argentina is surrounded by neighbors who are true leaders in the global mining industry.

An opening up to dialogue and mutual understanding were key to closing the Federal Mining Agreement. After months of debate, where COFEMIN members had the chance to express their arguments for and against and their points of consent and dissent, a final instrument was obtained that expresses the desires and commitments of all involved parties.

Each PDAC Convention edition operates as a thermometer that reveals mining industry sentiment and condition, and offers the opportunity to see new financing trends and where venture capitals are heading, specifically those associated with exploration.

Public sector and private actors are traveling to Toronto. The Convention will be a new opportunity to approach investors and encourage them to increase their presence in Argentina or to disembark in our country in search for new business opportunities. It is also a great occasion for Argentine providers to set up strategic alliances with their Canadian peers and show that almost two decades’ experience have resulted in significant know-how that would backup the argument that Argentine good and service providers can make quality partners.

And, in addition to appear on investors’ radars, Argentine representatives need to be prepared to answer questions related to legal security, a key notion whose bases were set out under law 24196. Dispelling the effects of certain deviations emerged over the past few years, the Federal Mining Agreement has arrived to uphold legal security as one of the badges that have allowed Argentine mining development.

Be the first to comment on "The Federal Mining Agreement, a new tool to promote Argentine mining at the PDAC Convention"