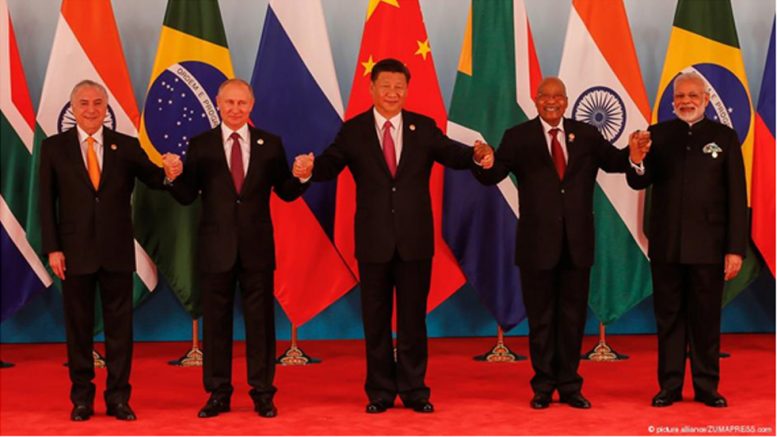 The birth, growth and consolidation of the BRICS have an association with the mining industry. The countries that make up this bloc – Brazil, Russia, India, China and South Africa – are committed to natural resources, and mining is one of the main drivers of their transformation. These nations represent more than 40% of the population and 25% of global GDP, with a strong impact on natural resources, and mining in particular.

A brief review shows that the super mining cycle has a strong association with the BRICS’ performance since the beginning of the new millennium, both from the demand side and the supply side. China is the world’s largest consumer of minerals and metals, and nothing indicates that it is going to give up that role. The imprint of the BRICS in the mining context has been so strong that it allowed the entry of companies from these nations to the most important roles: PwC’s last report (Mine 2018) indicates the presence of 17 companies originating from the BRICS among the 40 with the largest market capitalization worldwide.

The imposition of tariff barriers by the United States encourages economic protectionism. Given this scenario, and with the need to continue advancing, the BRICS begin to observe the south cone with interest, again. The commitment to the free market economy has made the geopolitics of a new twist, with the aim of establishing and consolidating more predictable and stable commercial ties in the long term.

The recent meeting of the BRICS in Johannesburg, South Africa, was attended by two special guests: Argentina and Turkey. The presence of the President, Eng. Mauricio Macri, to this extent in the midst of the international trade war means a great opportunity for our country.

With substantial funds and willingness to invest in distant markets, China, Russia and India have positioned their eyes on Argentina, again. The series of bilateral meetings of President Macri with Vladimir Putin, Xi Jinping, and Narendra Modi leaves the doors opened for new investments. Attentive to the possibilities offered by Argentina, natural resources are its insignia for the arrival of capital. And, if we consider the geological potential, it could unload funds destined for mining. To reaffirm it, it is necessary to point out that there is already experience by the BRICS in mining Argentina with the example of Shandong Gold in Veladero mine (San Juan province) and AngloGold Ashanti in Cerro Vanguardia (Santa Cruz province)

Be the first to comment on "Analysis: A complex international scenario and the great opportunity for the Argentine mining industry"