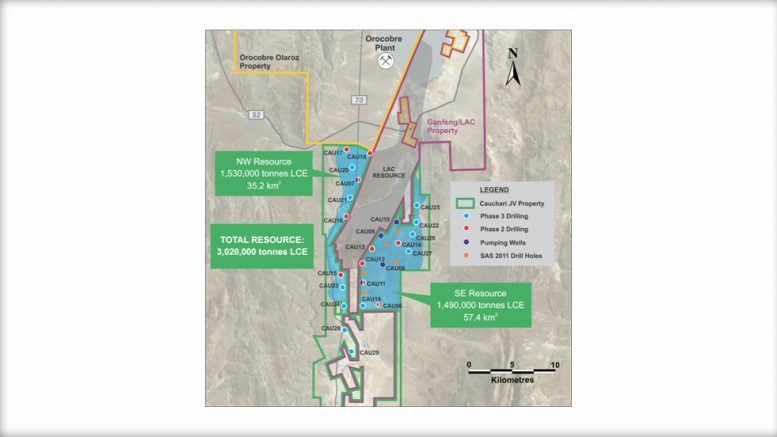 President & CEO Mr. David Sidoo commented: “Continuing excellent results from CAU22 highlight again our Resource Development Teams’ understanding of the Cauchari basin and the likelihood we can grow our resource base to support our DFS and reserve estimate. The Phase III systematic drilling and sampling program has confirmed the extension of mineralized brine below the 300 m depth of the existing resource in the east of the SE Sector, with geophysics suggesting the brine mineralization extends further east than in the current resource. The Mg/Li continues to be low in this area, with positive brine chemistry. With 4 drilling rigs operating we are on schedule with the resource conversion program that aims to upgrade the resource to Measured and Indicated status. Additionally, we are beginning extended pumping tests in test wells CAU07 and CAU11 which will give us important hydraulic characteristics to complete the dynamic model for reserves.“