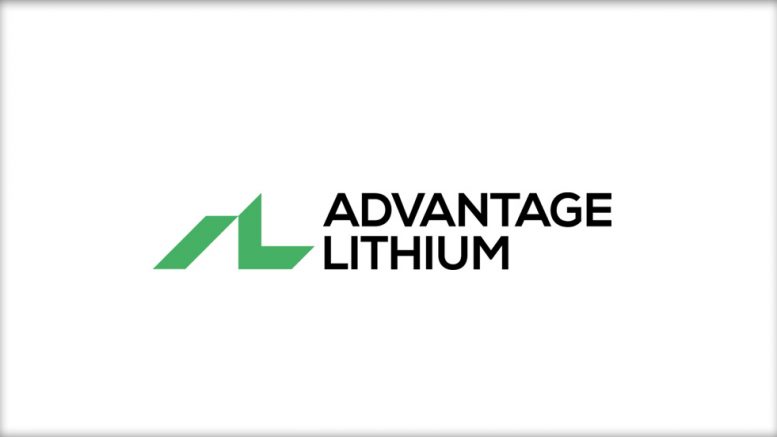 Advantage Lithium Corp. provided this update on the brine sampling results from diamond core hole CAU22 in the SE Sector of the Cauchari JV property located in Jujuy Province.

President & CEO Mr. David Sidoo commented: “Continuing excellent results from CAU22 highlight again our Resource Development Teams’ understanding of the Cauchari basin and the likelihood we can grow our resource base to support our DFS and reserve estimate.  The Phase III systematic drilling and sampling program has confirmed the extension of mineralized brine below the 300 m depth of the existing resource in the east of the SE Sector, with geophysics suggesting the brine mineralization extends further east than in the current resource.  The Mg/Li continues to be low in this area, with positive brine chemistry. With 4 drilling rigs operating we are on schedule with the resource conversion program that aims to upgrade the resource to Measured and Indicated status. Additionally, we are beginning extended pumping tests in test wells CAU07 and CAU11 which will give us important hydraulic characteristics to complete the dynamic model for reserves “

CAU22 is the first resource hole drilled along the eastern side of the SE Sector. The brine analyses confirm the high quality of the brine in this area averaging 549mg/l lithium and 3,630 mg/l potassium from 146.5-290.5m depth, with consistent results throughout the hole and a maximum value of 647 mg/l Li.  A total of 8 primary brine samples were taken with a bailer device and the results of one duplicate sample confirms the value of the primary sample. Samples were taken at nominal systematic 12 m intervals, considered an appropriate sampling interval, given the relatively thick and consistent lithologies encountered. QA/QC results are awaited from the secondary laboratory.

The brine samples have a very low average Mg/Li ratio of 2.4:1, similar to Advantage test production well CAU11. Results are similar to those of the adjacent Olaroz project of Orocobre and Lithium Americas Corp and Ganfeng in Cauchari. Similarity of brine characteristics across these properties confirms the Cauchari-Olaroz brine is very extensive and relatively homogeneous and very suitable for conventional processing.

Drilling is continuing in the NW Sector, with drilling of hole CAU28 underway. This hole is located 2.5 km south of CAU24, which is the southern-most hole drilled in the NW Sector. The results of CAU24 are awaited from the laboratory.  Holes CAU28 and CAU29 are planned with the aim of extending the brine resource further south, where high permeability sands and gravels are likely to exist relatively close to surface. Results will be released as they become available.

Further drilling is underway in the SE Sector in Hole CAU19, which aims to define the continuation of the deep sand unit from previously drilled holes CAU11, CAU12 and CAU13.

Preparations have been completed to carry out 30-day pumping tests on test production well CAU11 in the SE Sector and CAU07 in the NW Sector. All monitoring wells and equipment are installed.  The first pumping test on CAU11 commenced on October 14 and will be followed immediately by CAU07.

The tests will provide additional information on aquifer characteristics as an input to the three-dimensional groundwater model that is being developed to estimate lithium reserves and to develop a production schedule for the project.