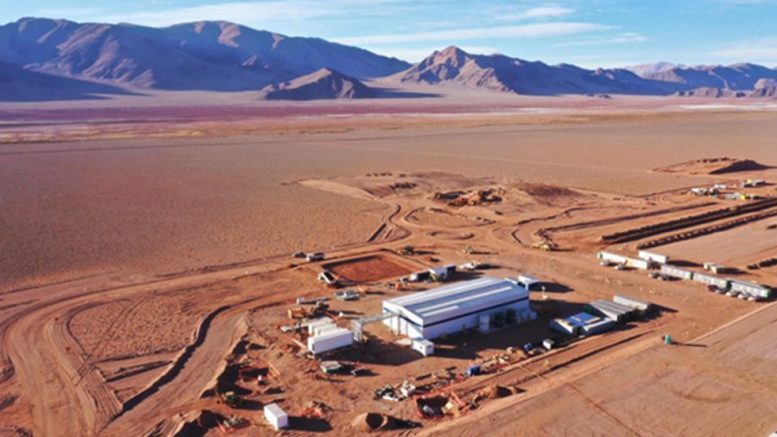 With an initial investment of €100 million, once completed, the plant is expected to produce 20,000 tons of battery-grade lithium carbonate in the short term. The Minister of Production, Labor and Sustainable Development of Salta, Graciela Pinal de Cid, together with the Secretary of Mining, Daniel Blasco, received Archibaldo Lanús, board member and Daniel Chávez Díaz, CEO of Eramine Sudamérica SA, with the purpose to learn about the progress of the pilot production plant that is planned to begin in September.

The French Eramet Group, through its subsidiary Eramine South America, foresees an investment of US$380 million for the development of the lithium carbonate production project at the Centenario Ratones Salar, located in the puna region of Salta province.

Currently, the company is finishing the presentations of environmental studies and other documentation required in the Ministry of Mining to begin this first stage. It includes the construction of the pilot plant, and approximately € 100 million will be invested.

It is estimated that when it goes into operation, the approximate annual production will be 20,000 tons of battery-grade lithium carbonate, which is used in the development of unconventional renewable energies and as an essential part of electric cars and mobile devices, cell phones and tablets.

Currently, the company has 30 people working in Buenos Aires, 90 in Salta and approximately 100 others working in the mine, located in the Cordillera area.

Another important issue commented by the executives of Eramine South America was the signing of an agreement with the National Institute of Industrial Technology (INTI) for the development of local suppliers, which expects to benefit local and provincial businesses and entrepreneurs.

«The company was very committed to the community and a sample of this is the support of the Quewar cooperative, which produces and processes quinoa, with the building construction for the plant as part of the Corporate Social Responsibility (CSR) actions», pointed out from the province.