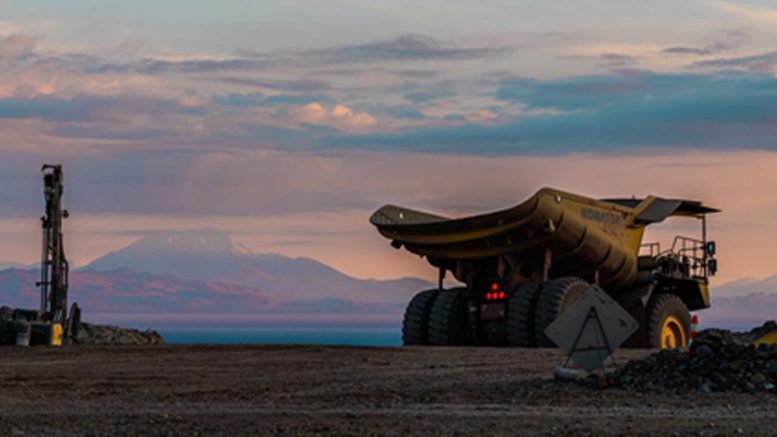 Fortuna Silver Mines, Inc. reported the successful completion of commissioning of the primary and secondary crushing circuits and the start of stacking ore on the heap leach pad at the Lindero gold Project, located in the Province of Salta.

Jorge A. Ganoza, President, CEO and Director, commented, “The successful commissioning of the primary and secondary crushing circuits and the start of stacking ore on the heap leach pad are key and much awaited milestones at Lindero.” Mr. Ganoza continued, “Our project team is delivering on schedule and budget according to the revised plan, despite the challenges and limitations of carrying on construction activities under COVID-19 related constraints.” Mr. Ganoza concluded, “The next upcoming milestone is the start of heap irrigation which is scheduled for the end of August.”

Construction and commissioning activities at Lindero are advancing according to the plan outlined in the Company’s news release dated May 8, 2020.

The ramp-up phase of the primary and secondary crushing circuits will involve an increase in production until nominal rates of 18,750 tonnes per day are achieved. The Company expects to achieve nominal rate production in the fourth quarter of 2020; inclusive of the tertiary HPGR system and agglomeration plant.

Ore stacking on the initial irrigation cell at the heap leach pad began on July 10. Heap irrigation is scheduled to commence at the end of August.

Ore for the commissioning and initial ramp-up of the crushing circuit and stacking on the heap leach pad is being sourced from the medium grade coarse ore stockpile inventory, of approximately 1.0 million tonnes averaging 0.55 g/t gold. During the period from July 2020 to December 2020, an estimated 1.7 million to 1.9 million tonnes of ore are scheduled to be placed on the leach pad with an average gold grade of 1.00 g/t to 1.10 g/t. The estimated stripping ratio during this period is 0.68 to 0.75.

Final construction activities related to the process ponds, ADR and SART plants continues with electrical and piping installations progressing according to plan. The process pond and ADR plant electric rooms have been energized. Pre-commissioning of the solution handling system started on July 11, 2020 with the barren pond pumping equipment.

About the Lindero gold Project

In September 2017, the commencement of construction at Lindero was officially launched. Lindero has been designed as an 18,750 tonnes per day owner operated open pit mine with a pit life of 13 years based on current Mineral Reserves. Crushed ore will be placed on a leach pad with the pregnant solution pumped to SART and ADR plants prior to electrowinning and refining where gold will be poured to doré bars.

Management expects total construction capital expenditures of between $314.0 million and $320.0 million as per the updated construction and commissioning schedule. This represents an increase of 28 percent from the September 2017 feasibility estimate.