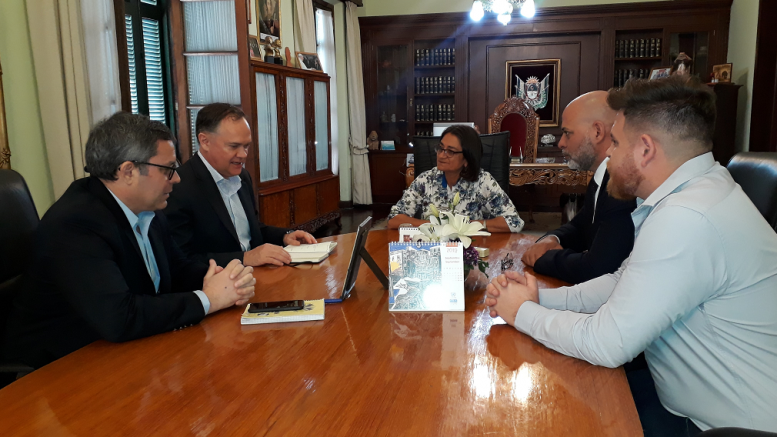 It includes works of extension and improvement in the project and the construction and repair of schools and sanitary post.

Mr. Simon Hay, COO of the Sal de Vida lithium project, whose operator is Galaxy Lithium; and the general manager of the company, Guillermo Caló, presented on 26th September to the governor of Catamarca, Lucía Corpacci, the plan for improvements and expansion of the project that is being carried out by the mining company and the estimated works for the Puna catamarqueña, framed in the program of Corporate Social Responsibility and Community Relations. On the other hand, they announced the opening of an office in the Villa de Antofagasta de la Sierra, with the aim of providing information about the project, receiving CVs from the residents of the area and developing local suppliers. The meeting also included the Secretary of State for Mining, Rodolfo Micone, and the Provincial Director of Mining Environmental Management, Italo Francile.

In this context, Galaxy announced that until the end of the year it will carry out a series of tasks such as the expansion and integral improvement of the camp with new housing modules, water treatment plant and effluent treatment plant, new storage and fuel dispenser, recreation area, training areas, new nursing, new dining room and kitchen, new energy system, new pañol; they will place membranes in the pilot ponds; it will install the new laboratory, the liming plant for the pilot ponds and the pilot plant for the field verification of the technical studies carried out for the recovery of the lithium carbonate from the brine.

As for labor, the company reported that during the remainder of the year it will incorporate personnel to attend the new infrastructure and operation of the pilot pool and pilot plant.

On the other hand, the executives commented that, within the Social Responsibility program, the expansion of the primary school No. 494 in the Villa de Antofagasta has already begun; the construction of secondary school No. 27 of El Peñón; and the repair and expansion of the sanitary post in the Ciénaga Redonda.

Sal de Vida is a venture for the production of lithium carbonate that is in the feasibility stage, that is, close to entering production. It is located in the Salar del Muerto Muerto, Antofagasta de la Sierra, close to the Fenix lithium project, operated by Livent and which today is the only lithium producing project in Catamarca.