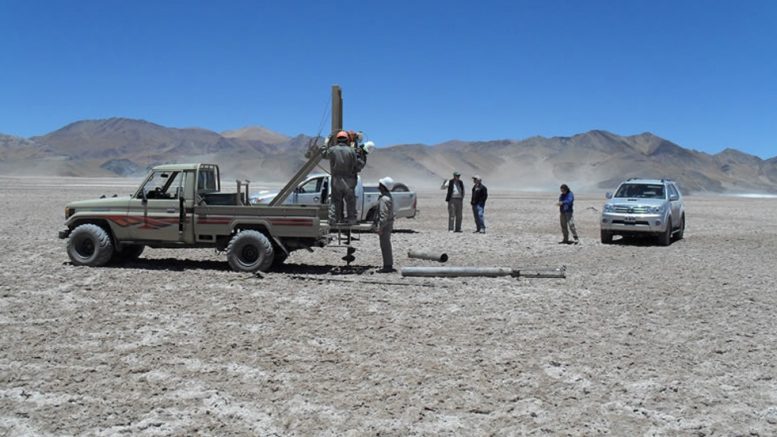 During the quarter, Galaxy announced that it had completed an update of the Definitive Feasibility Study (“DFS”) for the Sal de Vida lithium project (“Sal de Vida” or “Project”) located on the Salar del Hombre Muerto in northwest Argentina.

During the quarter, Galaxy announced that it had entered into a non-binding agreement with POSCO to sell a package of tenements located on the northern area of the Salar del Hombre Muerto in Argentina, for a cash consideration of US$280 million.

Other key elements of the transaction are:

Subsequent to the end of the quarter, Galaxy advised that the agreed timetable for completion of this transaction continues to be met, with notice received from POSCO on 6 July 2018 that their investment review had been completed satisfactorily. The transaction remains conditional on execution of definitive documentation and final POSCO Board approval which is still expected during the third quarter of 2018.

A new production well (SVWW18_24) was completed during Q2, increasing knowledge both of the geology and hydrogeology related to the northern basin tenements. This new well was terminated at a depth of 351 metres and was developed to provide hydraulic parameters. Both step and continuous pumping tests were successfully performed during a 48 hour period. A second production well will be drilled during Q3 in the southern tenement area.

Further works were completed at the TANGO-01 camp, preparing this new location to consolidate all Sal de Vida activities in a single site. New heavy equipment purchased in Q1 has been used to improve the quality of the existing roads and reduce maintenance costs. Civil works were completed to accommodate pumping, power and gauging equipment required to support an application with provincial authorities for a new fresh water source.

The evaporation test pans were filled and continue an expected evaporation profile, aligned with weather patterns. In parallel, small quantities of lithium carbonate produced in batches from existing brine inventories, were analyzed at the project lab to determine impurity levels and to identify potential improvements to the current planned process route. A number of other process optimization related initiatives were reviewed and evaluated.

Be the first to comment on "Galaxy Resources Limited: Sal de Vida update and Sale of Northern Tenements to POSCO"