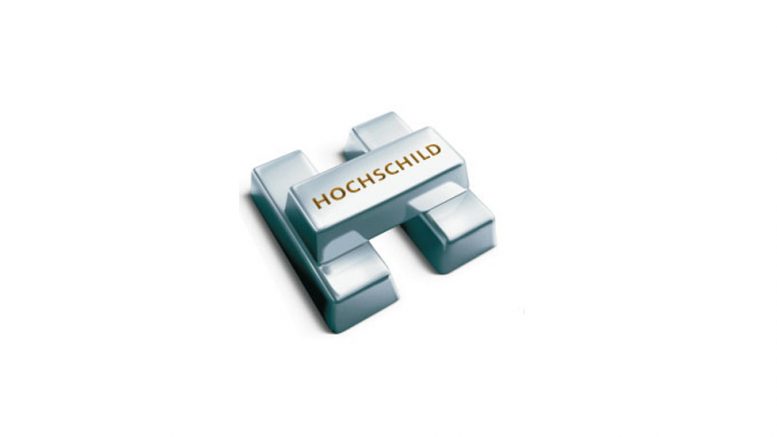 Ignacio Bustamante, Chief Executive Officer of Hochschild Mining announced 2018 results: “Hochschild has delivered a production increase in 2018 with output growing for the sixth consecutive year, again driven by a record performance from our Inmaculada mine and increased output from Pallancata. Our costs for 2018 are expected to be in line with positively revised expectations and we maintain a robust financial position with a further US$50 million of medium-term debt repaid in December.”

“We have had a very successful year of brownfield exploration at Inmaculada with over 1.3 million gold equivalent ounces of inferred resources added from structures close to the current mining infrastructure. Geological prospects at Pallancata and San Jose remain strong and we can look forward to an exciting 2019 programme which has good potential to add significant low cost ounces to our resource base.”

Also, among the highlights of the exploration, Hochschild Mining informed that brownfield exploration programs will continue in San José in the first quarter of 2019.

In the exploratory area, 2,575 meters were drilled in San José during the last quarter of 2018 to evaluate potential resources in Aguas Vivas, in order to evaluate the polymetallic structure, with greater drilling tasks that will continue in the first quarter of 2019. The most Highlights include: The San Jose operation in Argentina delivered a strong final quarter with planned increases in grade resulting in production of 1.7 million ounces of silver and 25,719 ounces of gold (3.6 million silver equivalent ounces). The overall production results for 2018 was 13.3 million silver equivalent ounces, a 4% reduction versus 2017 due to lower grades partially offset by a small increase in tonnage.

At San Jose, 2,575 metres were drilled in Q4 for potential resources in Aguas Vivas to test the polymetallic structure with further drilling continuing into the first quarter of 2019.

Be the first to comment on "Hochschild Mining: Production Report for the 12 months ended 31 December 2018 – San Jose´s contribution"