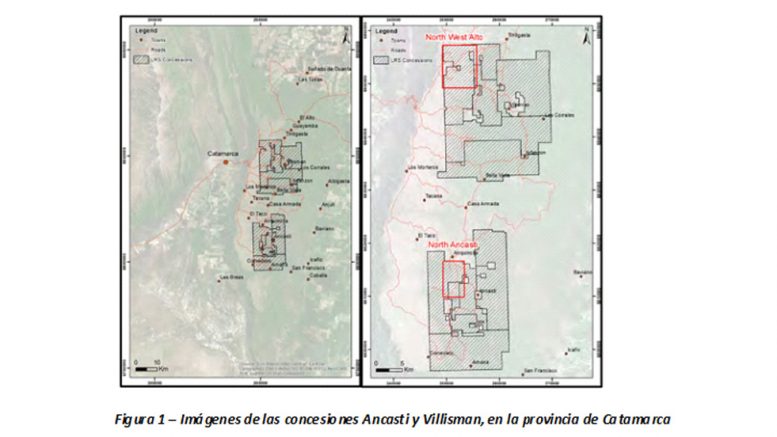 • Integra to spend up to USD $1million (AUD $1.4 Million) in a Joint Venture with Latin to explore, develop and earn 50% of its Catamarca lithium pegmatite projects

Latin Resources Limited announced that it has signed a transformational joint venture agreement on the Company’s Catamarca lithium Pegmatite projects with the Argentinian investment group Integra Capital S.A. (“Integra”). The agreement underpins the strategic approach by Latin in identifying, acquiring and advancing large-scale land positions of highly prospective mineral projects to attract joint venture partners. The signing of the binding Joint Venture agreement comes after an extensive and thorough negotiations on Latin’s concessions which encompasses over 70,000 hectares in the province of Catamarca.

Integra is an investment company that has a diversified portfolio in more than ten countries. Founded in 1995, Integra has developed projects and ventures with private institutions and investors for more than $16.5 billion in financing and investment projects. Integra is one of Argentina’s largest lithium explorers and holds over 400,000 hectares of lithium brines projects in Jujuy and Catamarca provinces. The firm has developed a portfolio of assets in oil exploration and production, natural gas distribution, electricity generation and distribution. The company also has investments in uranium and copper. Integra provides services such as mergers and acquisitions, financial structuring, IPOs, due diligence procedures, debt and company restructuring.

Integra will spend up to USD$1 million (AUD$1.4 Million) under a Joint Venture (“JV”) which will underpin an aggressive exploration program on the Catamarca concessions, with the initial aim of delivering a maiden JORC resource. Following the release of a maiden JORC resource on the projects, the joint venture focus will turn to project development, including feasibility, engineering and metallurgy studies to produce a lithium spodumene concentrate. Latin has already developed a high-level scoping study with consulting engineers Primero Group for the Argentinian lithium assets.

Be the first to comment on "Latin Resources signs JV agreement with Integra Capital, an argentinian investment company"