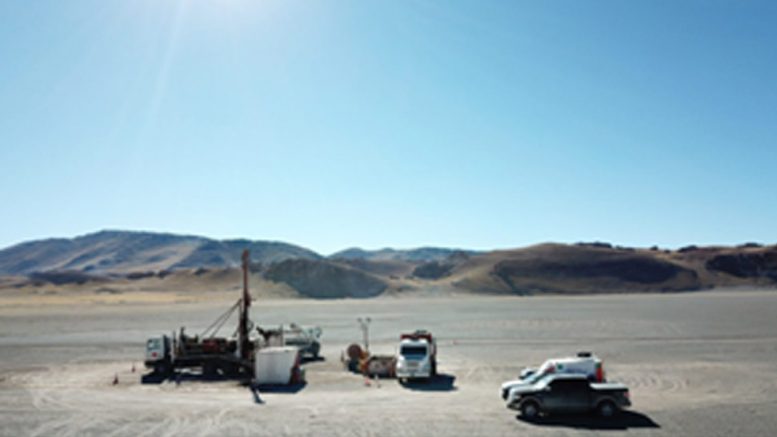 Galan Lithium Limited announced the commencement of a Preliminary Economic Assessment (PEA) which will be undertaken by Worley Chile. The PEA will generate the development of the engineering, operating cost and capital cost estimates required for an economic scoping study assessment to produce battery and/or technical grade lithium carbonate from its Hombre Muerto West (HMW) Project located in the Salar de Hombre Muerto, in Catamarca province.

The specific scope is the preparation of a report that, as a minimum, complies with the Canadian NI43-101 regulation known as a PEA. Galan’s volume of work to date will be the cornerstone of the PEA process.

Galan’s Managing Director, J P Vargas de la Vega, said: “Galan has successfully proven that our 2.1Mt LCE combined resource has a substantial high grade and low impurity setting. Our next step is to mature the project by economically assessing the strength of HMW’s push towards the production of lithium carbonate. This appointment and subsequent commencement of the PEA is another significant step forward for Galan. At the completion of the PEA, we aim to have a high-level blueprint to production from a company with one of the most experienced lithium brine project teams in the world. The Company have come a long way in a short time, in perspective and despite constraints; it has been less than 18 months since the first hole was drilled in Argentina. We continue to methodically move Galan ahead while aiming to benefit from the electrifying future market changes expected in the battery sector”.

Hombre Muerto West (HMW): a ~14km by 1-5km wide of the west coast of Hombre Muerto salar neighbouring Livent Corp to the east. HMW is currently comprised of four concessions and an additional two concessions under an option agreement from Portofino Resources Inc. (TSX-V). Geophysics and drilling at HMW demonstrated a significant potential of a deep basin. In March 2020, a maiden Inferred resource estimate delivered 1.1Mt of LCE for two of the largest concessions (Pata Pila and Rana de Sal), In June 2020, the resource was upgraded to 1.4Mt of LCE (Indicated) with exploration upside remaining for other concessions in the area.

Be the first to comment on "Lithium: Galan commences PEA for its HMW project"