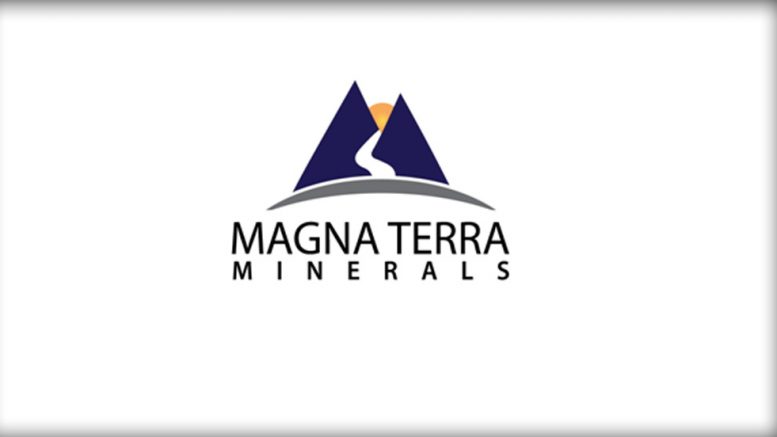 Magna Terra Minerals Inc. announced that through its 100% owned Argentine subsidiary-Atala Resources S.A. (“Atala”) it has entered into an Agreement to sell its wholly owned Boleadora Project in Santa Cruz Province to Oroplata S.A. a subsidiary of Newmont Corporation.

The Boleadora Group of properties is a large greenfields exploration land package (approx. 55,000 hectares) encompassing 12 individual MD’s or exploration licenses lying approximately 17 kilometres south-east of Newmont’s Cerro Negro mine area in Santa Cruz Province. Newmont (Oroplata) will pay Magna Terra (Atala) US$1 million as follows: $25k on signing and six installments totalling $975k payable within six years from the date of the Agreement. In addition, Newmont (Oroplata) has granted a 2% NSR to Magna Terra (Atala) on the Boleadora package. The royalty can be reduced to 1% by payment of US$2.5M by Oroplata to Atala at anytime, and the gross royalty payable is capped at US$20M.

Lew Lawrick, President & CEO of Magna Terra commented; “We are very pleased to have entered into this agreement to sell Boleadora to Newmont. While it is a very large and early stage exploration package, its proximity to the Cerro Negro mine site makes it of strategic interest to Newmont from an exploration perspective. The bulk of the property package lies along trend of the NNW structural control that is an important geological feature at Cerro Negro. Including Boleadora into Newmont’s regional Cerro Negro exploration program, along with the application of their proven exploration technologies, will add significant value to the project, and ensure that it is advanced in the near term.”