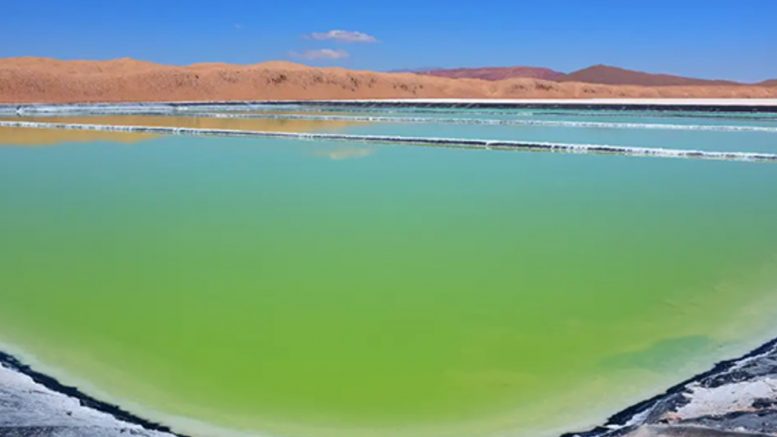 Millennial Lithium Corp. reported that its wholly owned subsidiary, Proyecto Pastos Grandes S.A. (“PPGSA”), has received a Declaracion de Impacto Ambiental (the “DIA”) from the Environmental and Mining Authority in Salta Province. The DIA represents the Environmental and Mining Authority’s approval of PPGSA’s Environmental Impact Assessment (the “EIA”) for Construction and Operation of a 24,000 tonne per year battery grade lithium carbonate production facility at its flagship Pastos Grandes lithium carbonate project. The DIA is the main environmental approval document required for mining projects in Salta Province to both proceed to the construction stage and to operate. The Pastos Grandes Project is currently the only active pre-construction phase project in the region with this key milestone permit.

Farhad Abasov, President and CEO commented “Millennial is pleased to have received the approval for the EIA for construction and operation for our flagship Pastos Grandes Project in Salta, Argentina. This approval is an important step in securing full support from the provincial and federal governments in our path forward to bring the Pastos Grandes Project into production. The rapid approval by the Salta government reflects both the detailed and comprehensive nature of the EIA and the commitment of the government to continue supporting viable mining projects. We are pleased to have secured this approval which makes Pastos Grandes one of the most advanced lithium projects in the world. With a strong cash position we look forward to continuing to develop the Pastos Grandes Project.”

The EIA, presented to the Salta Environmental and Mining Authority in June 2019, was prepared by Ausenco-Vector (Ausenco). Ausenco has extensive experience in the preparation of EIAs for the mining industry in compliance with Argentine Federal and Provincial regulations. All development work on the Company’s Pastos Grandes Project is being completed in accordance with Argentine National Law No. 24.585 (Environmental Protection for Mining Activity). The EIA is based on the potential production scenario of brine extraction via pumping wells, solar pond evaporation and production of up to 25,000 tonnes per year of battery grade lithium carbonate from a centralized processing facility.

The issuance of the DIA approval confirms that the EIA is in compliance with the norms and regulations under the national and provincial mining law, and contains standard requirements to maintain the DIA approval in good standing. Most significantly, there is no adjustment to the 3% Net Smelter Return royalty (known as a “Boca de Mina”) payable to the Province, as defined in the National Mining law and as specified in the fiscal stability certificate for Provincial liabilities which specifies the government royalties that are payable on any future production from the Pastos Grandes Project.

Be the first to comment on "Millennial Lithium Corp. receives Government Approval for its Environmental Impact Assessment for Construction and Operations for its Pastos Grandes Project"