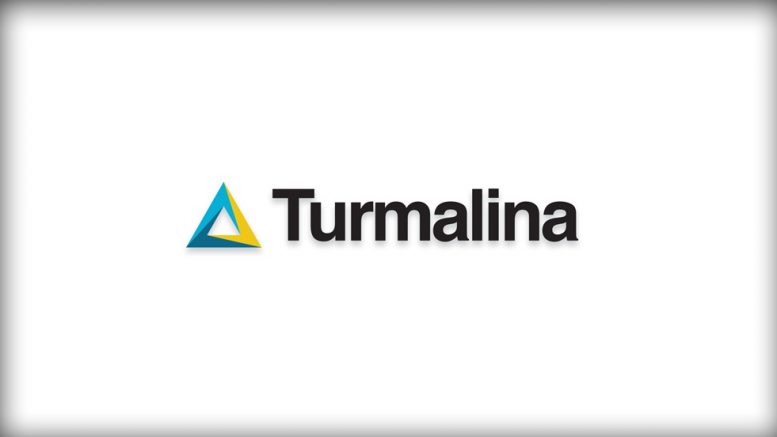 Turmalina Metals Corp. announced that the first three holes of the Phase Two (~5000 meter) drilling program at the San Francisco project have intersected broad intervals of high-grade gold-silver-copper mineralisation at the San Francisco de Los Andes (“SFdLA”) breccia, in San Juan (Argentina). Significant intersections are reported in Table 1 below, and include:

Dr. Rohan Wolfe, Chief Executive Officer, recently stated:
“These outstanding initial results from our Phase 2 drilling indicate that high-grade mineralisation not only continues at depth at SFDLA but, as expected by our geological model, the SFdLA breccia pipe is starting to expand in width as we go deeper. Our 2019 campaign tested the SFdLA breccia pipe to a depth of 150 meters. These initial Phase 2 holes test the breccia pipe 30 to 150m below the 2019 drill holes and have returned similar high grades. Most tourmaline breccias are considered to be gold-rich at 1 g/t gold – so the broad intersections of gold-mineralised breccia returning 9-10 g/t gold at San Francisco are quite remarkable”

“With high-grade mineralisation open at depth and laterally these are exciting times for Turmalina Metals and we look forward to keeping the market informed of new drilling results both at SFdLA and at satellite breccias that will be tested by the current program”.

“We have also been actively consolidating our holdings in the region with the recent acquisition of the neighboring Miranda properties. While our focus remains very much on San Francisco we have also strengthened our overall portfolio by acquiring the Chanape project in Peru, which contains a cluster of strongly gold-copper mineralised tourmaline breccias. We look forward to providing more detailed information on our acquisitions as we complete field work on these projects.”

Drilling continues at the San Francisco Project, with 14 holes completed to date for a total of 3890m. Ten of these holes tested the SFdLA breccia pipe while four holes tested two breccia targets identified during the summer field program. The assays for the first three Phase 2 holes have been returned and are reported in this release, samples from a further three holes have been dispatched for assay at a commercial laboratory, and drill core from the remaining holes are currently being logged and sampled prior to dispatch for assay. The current drilling aims to extend mineralisation at SFdLA to greater depths as well as test for lateral extensions. In addition, the current program tests four of over sixty gold-copper mineralised breccias identified during the summer field program.
About the San Francisco Project

The 3404 ha San Francisco project is located in San Juan, Argentina. The project area contains over 60 tourmaline breccia occurrences, several of which have supported small-scale mining. The Company is focused on mapping and sampling the breccias in the project area, and drill testing the highest priority targets.

To minimize the risk of COVID-19 transmission to our team and the community the Company has applied rigorous protocols throughout the program. These protocols have been approved by the authorities of the province of San Juan, and both Turmalina Metals and Aurora Mining maintain close contact with the local authorities in order to comply with all regulations. These procedures include social distancing, improved hygiene, health screening of all staff and contractors, longer rosters at our remote field camp and an onsite medical professional to monitor health and ensure procedures are followed.