Yamana Gold Inc. announced the declaration of commercial production at Cerro Moro, a high-grade gold and silver mine in Santa Cruz. 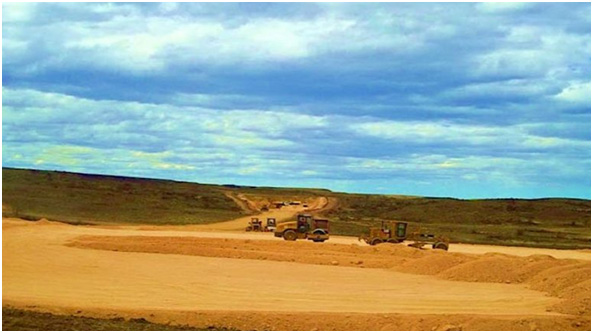 Daniel Racine, Yamana’s Executive Vice President and Chief Operating Officer, commented: “We are pleased that Cerro Moro, an operation that we expect to contribute significantly to our production, has reached this important commercial milestone. The project has been brought to this stage on schedule and on budget, which reflects the significant efforts by operations and technical services management since construction began a few years ago.”

Jason LeBlanc, Yamana’s Senior Vice President, Finance and Chief Financial Officer, commented: “Cerro Moro is expected to generate a disproportionate amount of cash flow and free cash flow relative to the comparatively small-scale nature of the operation. With the planned reduction in expansionary capital spending and the anticipated strong margin to metal prices at Cerro Moro, per prior guidance the step change in cash flow we have planned is expected to begin in the second half of 2018 and be more pronounced beginning in 2019.”

The first gold and silver doré production at Cerro Moro was announced on May 16, 2018, and the ramp up to commercial production was achieved as planned in the second quarter of 2018.

There are several quantitative and qualitative factors relating to a commercial production decision. Mostly, the determination relates to the sustainability of and ultimate profitability of an operation. In the case of Cerro Moro, the factors included the sustainability of mining and throughput rates above certain levels, recoveries consistent with design, and grades at least consistent with mine plan. Mining rates are according to plan, throughput has increased steadily since start-up and has been consistent at rates well above seventy per cent of capacity, recoveries for gold and silver have been consistently above ninety per cent of design, grades are consistent with mine plan, mine development, both for open pit and underground, is in line with plan, and, in addition, the operation has successfully created a high-grade stockpile of over six weeks in the process.