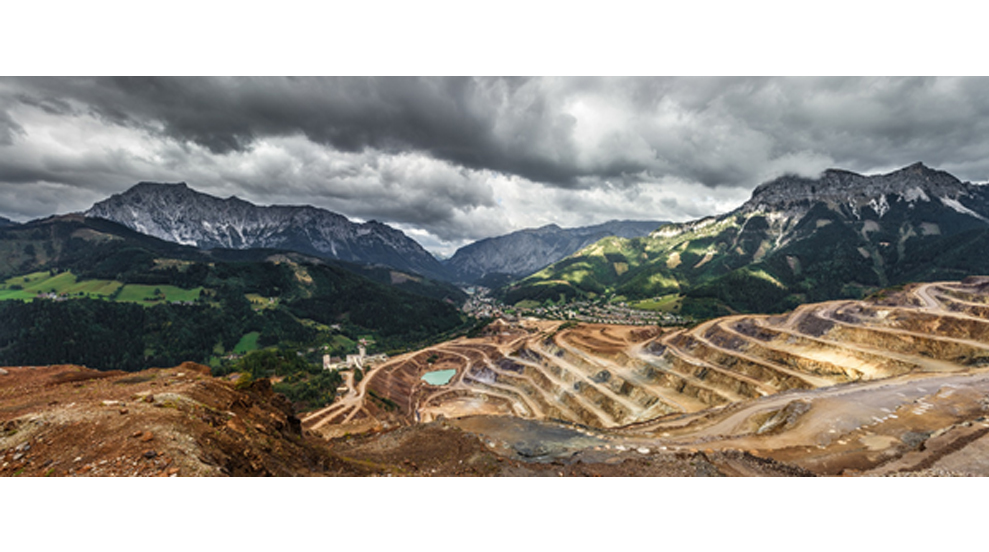 In a year of COVID-19 disruption, Australia’s mining and resources sector is providing economic stability as profits continue their record-breaking run.

More than 11 per cent of Australia’s economic activity comes from the mining and resources sector, highlighting the importance of conferences like the International Mining and Resources Conference (IMARC), which enables the likes of Geoscience Australia to proudly showcase their achievements.  As Australia’s most influential mining event, IMARC connects global mining leaders with technology, finance, and the future. The current flux in the mining and resources sector means exploration promotion is more important than ever.

“This past year has been one of the most difficult on record for businesses to not only continue to operate, but also to be able to talk about their achievements and milestones,” said Geoscience Australia Director of Mineral Resources and Promotions, Allison Britt.

“This coming year looks to be returning the industry to some semblance of normality with events opening up such as IMARC in 2022, enabling us to network again and to gather again as an industry,” said Britt.

“That’s really what we’ve been missing over the past 18 months,” said Britt.

“We’ve all managed to not only survive through the pandemic but thrive. But we’ve missed the chance to share these stories!” said Britt.

This sentiment reaffirms the importance of initiatives like Geoscience Australia’s Exploring for the Future, which has dedicated the last five years to discovering Australia’s resource and exploration potential. The program, which uses innovative techniques to gather new pre-competitive scientific data and information about the potential mineral, energy and groundwater resources in Australia, has been heralded a massive success.

“Australia’s world-leading resources sector plays a vital role in our nation’s ongoing prosperity and the resources sector has, and continues to be, a standout performer during the COVID- 19 pandemic,” said Britt.

Federal Minister for Resources, Water and Northern Australia, Hon. Keith Pitt, who will be speaking at IMARC, acknowledged the unparalleled contribution made by the resources industry through this crisis.

Victorian gold production reached its highest level in more than a century in the 2019-2020 period, and according to the Australian Bureau of Statistics (ABS), minerals exploration spending across the Victoria is at record levels, increasing 35 per cent to $183.8 million in 2021.

Thanks to their use in technology products and infrastructure projects, an increase in demand for critical resources like copper has also led to significant exploration growth within the state.

“While copper and iron ore remain the next most sought-after commodities,” said Britt.

Indeed, in the past 15 years the Victorian Government has actively developed and promoted support programs for the mining and resources sector including the state’s first mineral resources strategy, State of Discovery: Mineral Resources Strategy 2018-2023, and the Victoria METS Export Hub.

The foundation for Victoria’s current exploration interest was laid more than 15 years ago by the Geological Survey of Victoria (GSV), where the geoscientific knowledge specific to the Victoria’s mineral systems has been shared openly.

This aligns with one of Geoscience Australia’s core aims, to make their data publicly available to reduce technical risk for exploration, help companies avoid duplication and unnecessary expenditure, and to provide early insights for companies to target their exploration activities.

“The pre-competitive data publicly released under the program has become a key tool used by companies to support their exploration investment and decisions,” said Britt.

Geological Survey of Victoria Director, Paul McDonald, has a similar story with GSV.

“Through the best geoscience data, strategic ground releases and State of Discovery, the right conditions have been set to see continued state-wide growth in minerals exploration,” said McDonald.

“Earth Resources Regulation has received a boost in funding to ensure they can deliver timely regulatory approvals and improve key processes for industry and businesses,” said McDonald.

The attendance of Austmine and the METS Export Hub at IMARC reflects the strong interest from the investment community, and State Government support for the Victorian mining and resources sector.

South Australia’s Department for Energy and Mining reported a steady increase in exploration spending and activities for South Australia, including a renewed interest in nickel, copper, rare earths, graphite, magnetite and uranium – all of which will play a vital role in an electrified society.

“There has been a definite pivot in exploration trends, while traditional commodities and metals still dominate, the landscape is changing to meet the needs of the looming decarbonisation and electrification of our lives,” said South Australia’s Department for Energy and Mining.

“This work is important for the future supply of critical minerals for advanced manufacturing, communications and computing, defence, space and health applications, and low-carbon energy technologies,” said Britt.

Furthermore, Australia’s exploration for critical minerals such as lithium and rare earth elements has been increasing the last four years and accounted for $222 million of mineral exploration expenditure in the 2020-21 period.

As part of the State Government’s support for its mining and resources sector, programs like the Accelerated Discovery Initiative (ADI) have granted about $7.5 million to projects in its first two rounds alone. The success of the open-source data competition, Explore SA: The Gawler Challenge, is a call for geologists and data scientists from across the globe to help uncover new exploration targets in the state’s Gawler Craton region, also derived an estimated $350 million worth of new publicly available geoscientific data for the region.

“The South Australian government continues to invest in emerging opportunities that benefit the search for resources beneath the ground, clean energy technology, and the development of skills, expertise, and innovation within the workforce of the mining sectors,” said the Department for Energy and Mining.

Battery metals continue to feature prominently in South Australian exploration as the sector continues to evolve. Argonaut, Rex Minerals and Renascor Resources are attending IMARC to highlight the importance of South Australia’s contribution to a clean energy future.

The Queensland State Government’s recent budget for 2022 promised about $5 million for various programs, including $2.5 million allocated to the Collaborative Exploration Initiative grants, and $2.2 million to support the development and expansion of the New Economy Minerals sector in Queensland.

Queensland State Resources Minister Scott Stewart said that the resources sector plays a vital role in the state and is pivotal to Queensland’s plan for economic recovery from COVID-19.

“We know that supporting the exploration industry is important for finding new deposits and developing new projects,” said Minister Stewart.

“That is why we are backing the sector with a range of grants and opportunities for explorers,” said Minister Stewart.

At a more regional scale, the first phase of Geoscience Australia’s Exploring for the Future program resulted in a rush to the Mount Isa-Tennant Creek area after new data for the region encouraged exploration companies to take up tenements covering more than 160,000 square kilometres.

Additionally, the Queensland State Government’s Open Data Portal provides the opportunity to search, view and interact with maps, imagery, property, resources and other specialist data from the mining and resource sector as freely as possible, aligning with Geoscience Australia’s goals for accessible information.

“In these challenging times, programs like Exploring for the Future continue to deliver the next round of investment and job creation, positioning Australian industry to meet the resource demands and of a changing world and supporting our miners, explorers and farmers with the geoscience information they need to make informed decisions,” said Britt.